Intel introduced its flagship mobile processor Intel Core i9-8950HK in 2018. Along with this processor, Intel introduced a new technology named Intel Thermal Velocity Boost. But what is it?

Let’s get into its details! 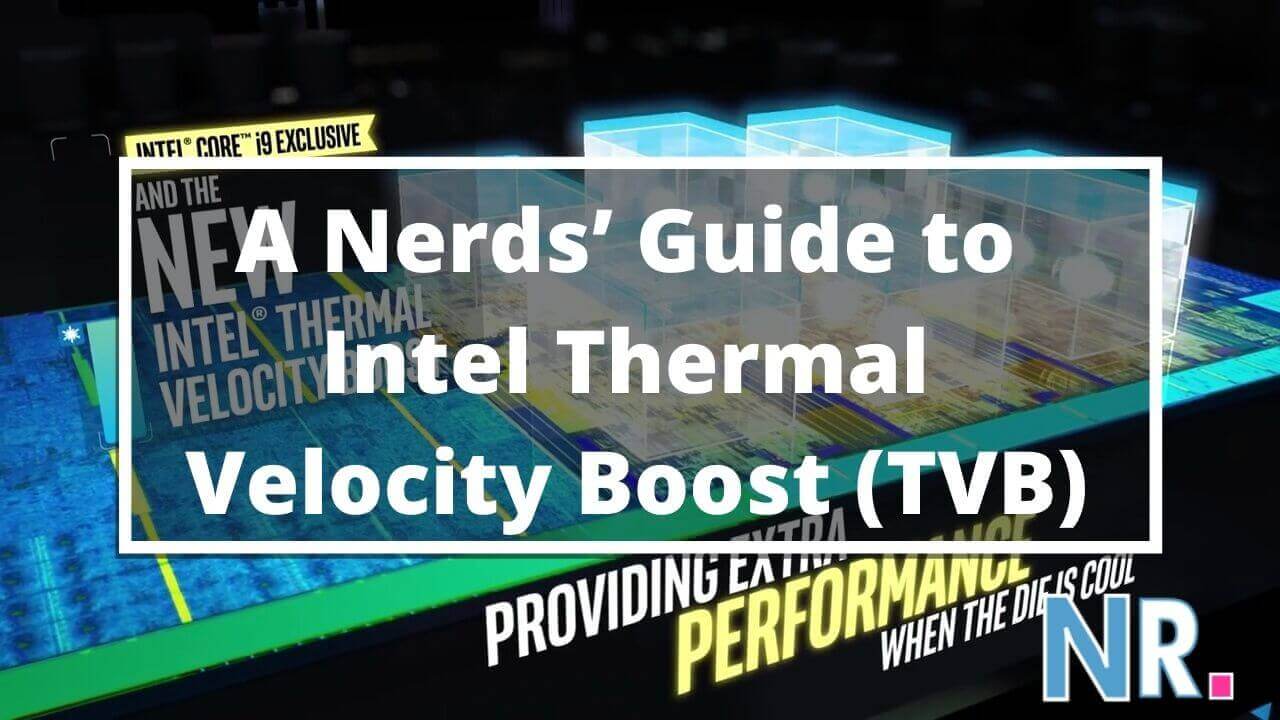 What is Intel Thermal Velocity Boost?

TVB (Thermal Velocity Boost) is a technology that resourcefully increases the clock frequency above the turbo boost 2.0 frequency. But this increase depends upon the ratio of a processor operating below its maximum temperature. The frequency gain and the duration depend upon the following things:

While enabling and working with Intel TVB, people often ignore the VGB depending on the temperature of the core. So, let’s see what it is!

VGB is Velocity Guard Band, which is the voltage requested by the processor. In worst-case scenarios, it’s 100oC(100-degrees centigrade). But for a processor having a better cooling system, it will require less temperature to operate at the same frequency.

For a processor working with enabled TVB, if its temperature is below 100oC (100-degrees centigrade), it will automatically reduce the operating voltage. This scenario is still limited. But for a gamer using a gaming notebook, this will be pretty handy.

Courtesy of the Intel Cryo Cooling Technology, Intel has opened the pathways for motherboard vendors to configure the Intel thermal velocity boost voltage optimization configurations. But because of the lower temperatures which result from Cryo Cooling technology, this TVB technology is exploiting the additional overclocking headroom.

How to Turn Intel Thermal Velocity Boost on or Off?

For enabling the Intel TVB, you can either use the“BIOS method” (if your motherboard supports it) or “Intel’s Extreme Tuning Utility”. Anyway, whichever method you choose, the procedure of configurations will almost be the same.

But if you’re having trouble understanding the configuration of Intel thermal velocity boost configuration, then you can follow the method of going from the top ratio to the bottom ratio.

Once you’ve configured the settings, you can hit “Save and Exit”. Then, again go into the BIOS and enter the submenu of Thermal Velocity Boost. There, you will see a full table of configurations.

Configurations Table According to 10900K:

If you are looking for Intel thermal velocity boost 9700K, then TVB is not available for Core i7-9700K. Therefore, we will represent the configurations table according to 10900K.

The values in the table below are measured at a fixed base clock frequency of 100MHz, which gives 6GHz and 5.2GHz.

Result of the Table:

In the table mentioned above:

1.     What is Intel Turbo Boost Technology?

As we know, processors have a base frequency and a boost (turbo) frequency. Specifically talking about Intel’s CPUs, Intel uses technology in their processors to boost its performance at a specific point and time without manual overclocking. This is known as Turbo Boost.

No. But both these technologies are the same in a way that they improve the performance of a system at a certain point. Still, there’s a major difference between them.

CPUs having Thermal Velocity Boost (TVB) technology will have two boost speeds apart from the base frequency and turbo frequency. With Turbo Boost, CPUs can enter an even higher boost speed ratio than the classic turbo frequency for all cores. This feature is typically available in Intel Xeon W-1200, Intel’s 9th and 10th Generation desktop processors, i5, i7, and i9 mobile processors.

Apart from TVB, Intel processors can also use Turbo Boost. The CPUs using this technology have 1 or 2 favored CPU cores. These two cores will be the fastest among the bunch of cores. So, if someone is dealing with a high-end task, that task will be transferred to these favored cores to achieve better performance. This is known as Turbo Boost. There are further two variants:

3.     How to DownloadIntel Thermal Velocity Boost?

For Intel thermal velocity boost download, you first need to check your processor’s compatibility on Intel’s official website. But there’s no need to download it because you can enable it via BIOS or Intel’s Extreme Tuning Utility.

Yes, Intel turbo boost for i5 is available. The 3.0 version of Intel Turbo Boost supports the following Intel processors: